His passion for performance drove African Confederation of Cooperative Savings and Credit Cooperative (ACCOSCA) Chief Executive Officer, George Ombado, to visit Malawi from 21-24 March 2022.  Ombado was accompanied by Mrs. Lois Kistch who is the chairperson of the ACCOSCA Foundation, which is referred to as the African Cooperative Development Foundation (ACDF) and lead Consultant of 'CU difference" from the United States of AmericaACCOSCA is a pan-African continental body’s SACCO National Associations aimed at promoting growth of SACCOs in Africa.  While ACDF aims at leading in resource mobilization to support vulnerable communities focusing on education, health , inclusivity and research.While in Malawi, Ombado and Kistch visited Salima School for the Blind where a group of SACCO Development Educators, popularly known as DEs in the SACCO sector, will visit in September 2022 and donate equipment and various other items to support the School. ACDF has facilitated this through the Malawi Union of Savings and Credit Cooperatives MUSCCO in its capacity as a member of ACCOSCA. The head teacher at the Salima School for the Blind was very thankful for the gesture and are looking forward to the support. They also thanked MUSCCO and United Civil Servants SACCO for their continued support to the school.Mudi SACCO , Thyolo Teachers SACCO and United Civil Servants SACCO hosted Mr Ombado and Ms. Maureen Njoronge, the Cooperate Affairs Executive and Africa Youth Coordinator as well as the Chairperson of Africa Cooperatives Development Fund (ACDF), Ms. Lois Kistchy on 22 March 2022 in Blantyre. The delegation was escorted to visit these SACCOs by the MUSCCO Chief Executive Officer, Fumbani Nyangulu and the Chapter 1 Business Development Coordinator, Mr. Anthony Makuluni. The visit was in the spirit of cooperation amongst cooperatives. The discussion centered on the performance of these SACCOs and upcoming project known as ‘Climb Africa.’ The visiting team praised these SACCOs for their good performance in terms of the business and their continued support to MUSCCO and ACCOSCA through participation in a number of activities. Advice was also provided to enhance performance.The SACCOs pledged personnel and financial support to the Climb Africa Project. This is our own project for African SACCOs, which is aimed at supporting the continental apex body to implement a number of activities. A team composed of cooperators from Africa and other continents will climb Mount Kilimanjaro in October 2022 to raise funds for the ACCOSCA projects/activities. 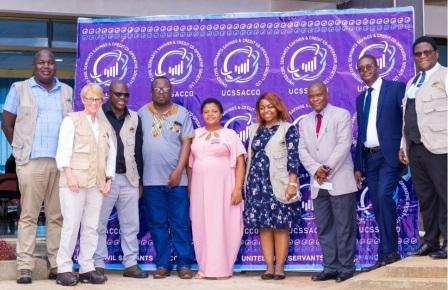 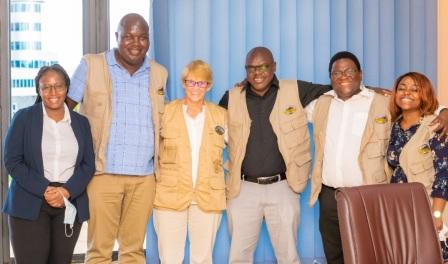