SACCOs Challenged to EmbraceCOVID-19 for survival.

The Malawi Union of Savings and Credit Cooperatives MUSCCO has challenged Sacco's in central region to think outside the box if they are to survive and grow their membership with the currently economic challenges due to covid-19.

This is according to MUSCCO president Francis Mlanga who was speaking on Saturday in Salima at an Annual General Meeting for  central region SACCOs known as Chapter 2 Sacco.

Mlanga believes the SACCOs remain one of the crucial means of accessing loans and promote savings culture but called for creative thinking in the wake of economic turbulences in the country.

"I can say Saccos are doing well despite the economic challenges facing the country due to covid 19 but there are fears if not careful we may lose a lot of our members so there is need for members and managers to think outside box to survive." He said. 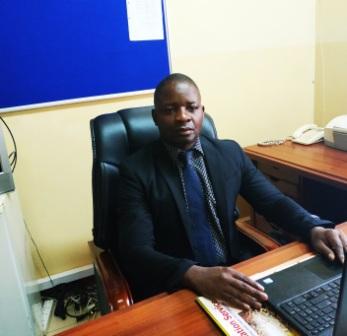 He is optimistic that the impact of COVID 19 will not affect Sacco members if they are coming up with innovative ways to improve their wellbeing.

The outgoing chairperson for central region Saccos known as Chapter two Justin Dzinkambani has challenged Sacco members to develop modern ways of improving their businesses such as computerized systems and the use of Auto teller machines.

He is of the view this will make them relevant as their members will be able to access funds without physical contact with sacco officials.

"We must admit Covid 19 has affected us, some of the people who were our members have lost their jobs that means they can't be members anymore, covid is here and is here to stay life has to move on." Dzinkambani said.

Meanwhile, about 35 thousand people from the tourism sector who were Sacco members in the central region have lost their jobs due to COVID 19. 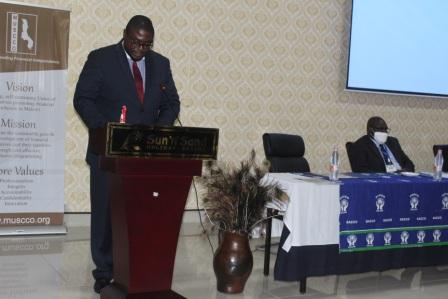 Minister of Industry Roy Kachale has hinted on the intentions of government to sign a Memorandum of Understanding (MoU) with the government of Kenya which would see Malawi learning both technical and benchmarking programs to help grow the cooperative sector.

Kachale made the remarks on Friday in Mangochi when he presided over the 2020 SACCO Lakeshore Conference and Annual General Meeting (AGM) which was celebrated under the theme ‘inspiring hope for our members and the nation.’

He said in the recent years Saccos have complained for not being exempted from paying corporate tax and that it has always been on the basis of tax waivers granted by the Ministry of Finance on annual basis.

“My response is that this matter requires some serious dialogue with the Ministry of Finance and the Malawi Revenue Authority (MRA) to see whether it is justifiable to have legislative amendments so that Saccos are exempted from paying corporate tax since they already pay in society,” he said.

The minister, however, asked the cooperative movement to consider building properly defined structures that will be catering for primary, secondary and tertiary cooperatives.

In his remarks former president for the Malawi Union of Savings and Credit Cooperatives (Muscco) Francis Mlanga said despite having a difficult year with the Covid-19 pandemic, members had to embrace the saving culture for the cooperative movement to still grow.

“What we want is for cooperatives to work together despite having members with different backgrounds. If we work together for example agricultural cooperatives, microfinance cooperatives and also those in civil service so that we incorporate our activities for the betterment of our lives,” he added.

Mlanga also said there is still much that needs to be done for most people in the country to know about Saccos which have in the long run helped in transforming lives.

New Muscco president Stanley Synod Mpaya from Mudi Sacco said he will continue from where his predecessor has left and make sure that the movement reaches better heights.